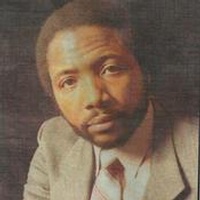 Dr. Ronald Eugene Williams, Sr., was born on August 25, 1950, in Tulsa, Oklahoma, the sone of Delois Cherry and the late Cecil Williams. On October 31, 2011, he departed this life and entered into the joy of the Lord.

He accepted Christ at an early age and was baptized at Greater Union Baptist Church, Tulsa, Oklahoma. He later served at Higher Dimensions, Tulsa, Oklahoma, and most recently at Redeemed by Grace, Tulsa, Oklahoma where he faithfully served until his health failed.

He attended Carver Junior High School, Tulsa Ok, until the 7th grade, when he relocated to Los Angeles, California, and attended George Washington High Schoo, where he graduated in 1968.

He enlisted in the United States Air Force on August 19, 1968, and served his country in the South Pacific. he was honorably discharged from the armed services on June 15, 1972, and enrolled at the University of California Los Angeles (UCLA), where he recieved a Bachelor of Science Degree in Public health. He then enrolled at Los Angeles College of Chiropractic, Glendale, California, where he was awarded the Doctor of Chiropractic Degree in 1981.