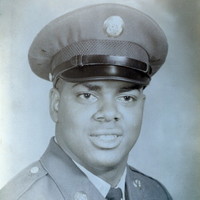 On March 31, 1948 a baby boy was born to Elliott and Elvira Washington Simpson in Tulsa, Oklahoma. They named him, “TC” after his grandfather, however; the school would not enroll him until the “TC” stood for something, so his mother changed his name to Walter. He attended Dunbar Elementary, Carver Junior High and was a member of the 1967 graduating class of Booker T. Washington High School.

On November 9, 1968, he was drafted into the United States Army. TC was a Vietnam Veteran. He was discharged from the army in 1969. After returning from Vietnam, he started to work for the US Postal Service. TC remained with the postal service for more than 35 years until his retirement.

TC married his beautiful wife Shirley Henderson on December 12, 1998,. They were married in Tulsa, Oklahoma under the guidance of Rev. M. C. Potter.

Playing pool, working in his yard, cooking Bar- B- Q for family and friends was TC’s hobbies. However; he loved wearing fine clothing and was always dressed to impress.

Meeting him at heaven’s gates will be his parents, Elliott and Elvira Simpson.

His funeral service will be held on Friday, September 20, 11:00 am, at Friendship Church, 1709 North Madison Avenue, Tulsa, Oklahoma.