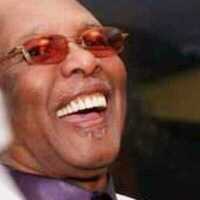 Reflections of a Life Full of Love

A Time to Be Born

OTIS WILLIS was born March 22nd, 1936 in Beggs, Oklahoma. He was the youngest of five children birthed to Paul and Selener Willis. When Otis was 16, he bravely left his family and moved to Tulsa, Oklahoma, where his journey through life would begin and peacefully end at the tender age of 84.

A Time to Serve

Otis served and was honorably discharged from the United States Army. He completed his basic training at Fort Chaffee Maneuver Training Center in Arkansas and was stationed at the N.W. Chicago Great Lakes Army Base. “Otis, Thank you for your Service!”

A Time to Live

One of Otis’s most precious achievements in life was the birth of his children. From his former marriage two sons were born, David and Gary Willis. This marriage was later dissolved. Several years later he met a vivacious talented woman; Ferdine Baines, whom he married in 1967 in Ponca City, Oklahoma. Ferdine was his soulmate and the love of his life which is evident in their 53 years of marriage. The two blended a family, and Otis gained two more sons: Augustus and Alfonzo Harbert. To their union, a beautiful baby girl named CoJuan Felicia Willis was born. Otis was the epidemy of a “hard worker” which was displayed in him working for over 55 years. During this tenure, Otis worked for American Airlines, and spent the bulk of this time working in construction. One of his great achievements was how proud he was of being a part of the crew building the 54 tower William Center in Tulsa, Oklahoma. After finally retiring from construction, he began working at the Lift and Morton Health Center as a Transporter until his second retirement at the age of 81.

Otis and Ferdine, both gave their lives to God once they became man and wife. Otis served in the church as an Usher, Deacon, and worked diligently in the Men’s department and eventually accepted his calling into the Ministry! He was a member of the St. Paul Church of God in Christ for many years, then continued serving the Lord at the Hope of Glory, Praise Center Family Church and World Won for Christ Family Ministries.

A Time to Laugh

Otis was beloved by so many, and was affectionately known as “Daddy”, “Paw Pa”, “Pops” or “Mr. Otis.” He had an infectious smile and treated everyone he came in contact with as family. He was a diehard Dallas Cowboy fan no matter their record, and he loved his guns, spotless cars, manicured lawns, and “Yes” he loved soap opera’s! He always dressed to impress, with matching attire from head to toe, with his wife by his side, equally dressed beautifully. In his later years he enjoyed navigating social media, which was evident with his daily presence on Facebook. He was a social butterfly! You could always find him sitting in his favorite recliner, talking on the phone to his nephew Donnie Ray, or a host of other family and friends.

A Time to Embrace

Otis impact to this world will never be forgotten. He was a husband, father, grandfather, mentor, enabler, and adopted father to so many, and his greatest joy was the opportunity to help raise some of his grandchildren (Deon, Erica, Charity, & Jamaya) while they lived with him. When Otis began needing a helping hand, these grandchildren gave back all the love he had shown them over the years by helping take care of him. His daughter CoJuan never wavered in her devotion to caring for her father. As he declined in health, she was by his side taking care of him morning, noon, and night until the day God called him home. The family will remember Otis’s life journey, as his memory will live on in each of them.

A Time to Die

On Sunday evening, August 2, 2020, God thought it time to reward Otis for his labor, by giving him his heavenly wings. Otis is predeceased by his parents, his two brothers Frank Willis, Emanuel Willis, two sisters Sadie Landrum, Verna Lee Eastland, and a few of his nephews and nieces.

A Time to Mourn