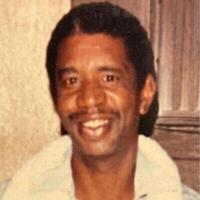 On September 20, 1948 a bouncing baby boy was born to Nancy Jane Ward and William Eldon Lyday in Taft, Oklahoma. They named him Henry Edward Lyday, he would be the only child his mother would be blessed to have; however; he would be the eldest of his father’s children, Nina, Wesley, William “Billy Boy”, Stan, Anthony, Yolanda “Yogi”, Elaina & William, III and he later gained bonus siblings, Connie, Jesse, Paul, Kenneth Matheny and Leslie Craig.

At a very early age, Henry and his mother would relocate to Tulsa, Oklahoma and begin their new life journey. Knowing God all of his life, Henry was baptized at an early age. He and his mother would make the Greater Mount Olive Baptist Church their church home, under the leadership of the late M.D. Johnson.

Coming to the HOW Foundation in June of 1984, Henry led the company a few times before making a firm decision to make the HOW Foundation his permanent place of employment in August of 1990. Henry has seen close to 6,000 men come through the front doors of the HOW Foundation and has worked effortless under four directors. He has been a fixture at the Foundation and has served for years as a Foundation driver. It is folklore that he knows roads in Tulsa that the Department of Transportation doesn’t even know exist. Henry always had a kind word for the men in the program. He made sure all the staff got their daily vitamins, as well as their fill of hot links. Henry’s contributions to the Foundation were immeasurable. He will be truly missed.

Tinkering and collecting thing was his hobbies. He needed to know how it worked so if someone needed help, he could fix it. Henry loved helping people. Where there was a need, there Henry was. He believed and would often say, “God put me on this earth to help and give to others”.

On July 29, 2021 Henry answered the call of our Heavenly Father. He was preceded in death by his fraternal and maternal grandparents, and his father, William Eldon Lyday; stepmother, Oreaba Lyday; William “Billy Boy” Lyday, Paul Matheny and Stan Lyday.

TO WATCH THIS SERVICE LIVE PLEASE FOLLOW THE STEPS LISTED BELOW

*Before clicking the link below, please make sure you have noted the Event ID & Password*

You will be prompted for an email/event ID, please enter: ButlerStumpff