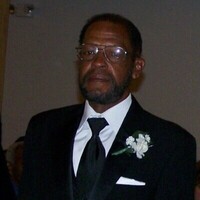 Eugene Cannady was called to his Heavenly home at the age of 70, On June 20th, 2020 in Tulsa, Oklahoma after a short illness.

Eugene was a graduate of Muskogee Manual High School Class of 1968.

Eugene was employed by Hughes-Anderson for 40 years before retiring. He was a quiet, humble man of few words who enjoyed working in his yard.

Eugene was preceded in death by his parents, David and Samantha Cannady and sister, Mildred Cannady.