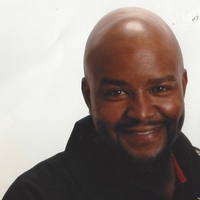 Darrick Lamont Gilmore was born on July 20, 1970 in Tulsa, Oklahoma to Wilbert Lee Gilmore and Girlie Dean Gilmore. He was the third born of five children born to this union.

Along with his parents and siblings he was affectionately raised in Tulsa, Oklahoma educated through Tulsa Public Schools graduating from Nathan Hale High School in 1988. While in high school He always would state, “I am going to be a millionaire when I grow up.” Darrick knew that it would take hard work and determination to do just that. Shortly after graduation he became a student at Spartan School of Aeronautics earning a A & P license as an Airplane Mechanic. Darrick was determined and committed in receiving academic progress and he was awarded for perfect attendance during his tenure at Spartan. Darrick had a big personality that ignited his determination to be successful at everything. Although he was employed at different entities in Tulsa he was still not satisfied. Darrick wanted to make his own rules and became a self-made entrepreneur in the home restoration business. In which he was very successful. He established his own car towing business and he loved restoring old cars.

Being raised in a Christian home Darrick’s life was impacted with the love of Jesus Christ at an early age. He along with his family were members of the Church of God of Prophecy under the leadership of Pastor Robert A. South and later his father, Reverend Wilbert L. Gilmore. As he journeyed through his bout of illness Darrick accepted opportunity to openly reaffirmed his love and life to Christ.

Darrick met and fell in love with Donisha Williams and to this union the couple were blessed with a son, Dylan Gilmore. They were inseparable until their heath began to fail.

On the evening of May 28, 2020, God was in the restoration business and in His infinite wisdom He chose Darrick and received him unto Himself. He ushered him to the loving arms of his mother, Girlie Dean Gilmore; brothers, Jeffrey and Reginald Gilmore; his grandparents, Ambrosia & Oretha Wallace, Nathaniel and Lula Mae Gilmore; and brother-in-law, Christopher C. Miller whom all preceded him in death.

He leaves to cherish his memory and continue his legacy his companion and friend, Donisha Williams; son, Dylan Gilmore; father, Wilbert (Arlisa) Gilmore; siblings, Wilbert E. Gilmore and Charlotte Denise Miller all of Tulsa, Oklahoma and a host of aunts, uncles, nieces, nephews, cousins and friends.