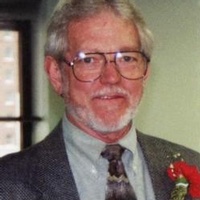 “He fought a good fight and served his country as a Veteran” Mr. Robert “Bobby” Boston 74 of Owasso, Oklahoma.

Robert “Bobby” Boston, 74, of Owasso, Oklahoma passed away March 5, 2018 at his home. Bobby was born April 16, 1943 in Tulsa, Oklahoma to John Day Boston and Madeline Mae Watts. Bobby was a lifelong Tulsan. He served as a hospital corpsman in Vietnam. He was a nine-year veteran of the Tulsa Police Department. He retired after 23 years working as a federal probation and parole officer. He later worked as a campus police officer at Rogers State University. He was a 40-year survivor of acute Leukemia, and a longtime member of the Tulsa Astronomy Club. He is preceded in death by his parents, John and Madeline; brother: Keith; grandson: Josh. Bobby is survived by his wife of 50 years: Marcia; children: John Dale Boston and wife, Shannon; Audra Gatzke and Husband, Steve; Frank Boston; grandchildren: Casey, Peyton, Conner and Circe; great-grandchildren: Corbin, Arianna and sister: Rebecca Renault-Rasor. In lieu of flowers the family asks that donations be made to the First Presbyterian Church of Owasso, All Souls Unitarian Church or the Astronomy Club of Tulsa.