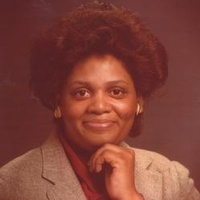 Mrs. Corrine Grayson-Ross 68 of Tulsa, Oklahoma “Heard the Trumpet sounding for her to come and rest, with family by her side”.She passed on Monday at St. John Medical Center Tulsa, Oklahoma. Honoring The Love And Legacy of Mrs. Corrine Grayson Ross Our Mother “Our QUEEN” From Labor: June 23, 1948 – To Reward: December 5, 2016 Services: Saturday December 17, 2016 11:00am at Gilcrease Hills Baptist Church 2001 West Newton St. Tulsa,OK Burial: Green Acres Memorial Gardens at Skitook, Oklahoma.
Who can find a virtuous woman? For her price is far above rubies. She openeth her mouth with wisdom: and in her tongue is the law of kindness. Her children arise up, and call her blessed; her husband also, and he praiseth her. Favor is deceitful, and beauty is vain: but a woman that feareth the Lord, she shall be praised. ~Proverbs 31:10
“When caring truly matters, DYER cares.”

It was a beautiful summer day on June 23, 1948 that Willie and Nora Stell Grayson welcomed a beautiful brown eyed girl into the world. They named her Corrine in honor of her grandmother, Cora. Corrine later became affectionately known as “Rita”.

Rita was raised in Beggs, Oklahoma and attended school there where she met her soul mate, Bobby Ross. Rita and Bobby were married in the Fall of 1964. They were blessed with four children. Rita and Bobby exemplified what a “true” marriage was. They worked together to raise their four children and provide them with a loving and caring home. They were married for 52 glorious years.

Rita enjoyed being a mother and grandmother. She loved her family tremendously, and would do whatever she could to make their lives easier. Rita enjoyed taking care of her family, but shopping was her passion. She was a country girl with city girl eyes when it came to shopping.

On December 5, 2016, our “Queen Mother” on Earth was called home. She was met by her parents, Willie and Nora Grayson and her precious sister, Toledo Freeman.

Rita, thank you for blessing our lives as a wife, mother, sister, grandmother, aunt, cousin and friend. Our precious memories of you will live in our hearts forever.