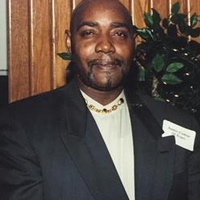 A Veteran has passed Mr. James E. Cotton 69, of Tulsa, Oklahoma surrendered his soul on Saturday morning at his home. His Loving wife and family witnessed his home going.

On December 4, 1946, the proud parents of Willie Mae and James Cotton Sr., gave birth to twin boys, James and John. The oldest of these boys was James Edward, born only minutes before John. Although his brother John thought he was the oldest, James just allowed him to think he was.

At a young age, James and John accepted Christ and were baptized at Handy Chapel A.M.E. Methodist Church. Where they both sang in the choir and were active members of church.

James and John were truly twins, in every sense of the word. Together the graduated from Wheatley High School in Beggs, Oklahoma. Later, serving in the U.S. Army during the Vietnam War. They both came home together after completing their tours of duty.

James returned home and found a career in construction. He worked as a foreman and a leadsman for over 20 years. He later working for John Zink-Koch Industries as a welder for twenty-five years until he retired.

James and Janet met in 1981, they have been married for 36 years. He adored her and instantly became the proud father of four children, that he loved as his own. He adored his grandchildren who were his pride and joy. He also helped raise from infancy. Le’Allen, Stephanie and Amrisha always brought “Paw Paw” a smile.

James and Janet loved to fish, travel and enjoyed life together, until he became ill where she then stayed consistently by his side until the Lord called him home.