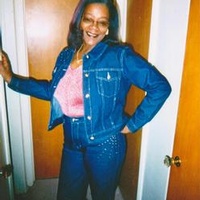 Mrs. Sylvia L.Alexander 60, of Omaha, Nebraska Died Wednesday in Nebraska Celebration of Life: Thursday, April 28,2016 at 11:00am
A Time to be Born.. . As the sun rose on October 24, 1955, a baby girl was born to the union of Charles and Doris Brown in Kansas City, Missouri. They named her Sylvia Lynn Brown.

A Time to Gain.. . At an early age Sylvia accepted Christ as her Lord and Savior and was baptized. She attended Tulsa Public Schools graduating from Booker T. Washington High School in 1974.

A Time to Grow… Sylvia later was blessed with to two beautiful daughters, Tracy Lynn and Tony Renee’. In return they created a loving legacy of eight grandchildren and three great-grandchildren.

A Time to Love… June 22, 1991 Sylvia created a union with Lawrence Alexander. In 1992 of West Helena, Arkansas. The family later relocated to Omaha Nebraska where she retired from First Data after 22 plus years of service.

A Time of Peace.. . On April 20, 2016 Sylvia completed her course and answered the call of her Heavenly Father. She will be forever reunited with her parents, Charles and Doris Brown; stepfather, Geoffry Goff; a brother, Charles Metoyer; grandfather, Willie Gaines; aunt, Alice Brantley; two cousins, Suzette Brantley (Suzie Q.), and Vondale Johnson.