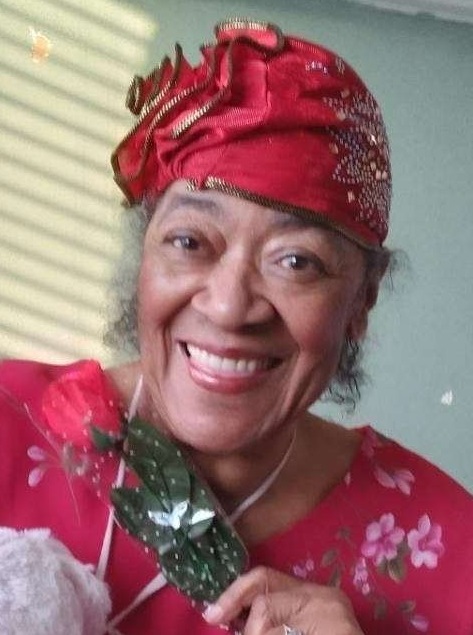 Thelma Lee Holland was born in Charleston, Missouri on July 8, 1942. She passed away on December 4, 2022 in Tulsa, Oklahoma.

A memorial service will be held on Friday, December 16, 2022 at 11am at Holy Highway Evangelistic Church.

On July 8, 1942, a beautiful baby girl was born to Thelma McKenzie in Charleston, Missouri.  She named her Dorothy Thelma.  She was affectionately known as “Grape”, “Thelma” “Lou or Lucy”.  Thelma attended Froebel High School in Gary, Indiana.  She was member of Christian Valley Missionary Baptist Church until she moved to Tulsa, Oklahoma. She then joined Holy Highway Evangelistic Center.

Thelma worked for JCPenney, Voter Registration, Lot-A-Burger, St. Simeons, Tulsa Public Schools (Gilcrease) in many different capacities.  Thelma was always a very good cook.  Whenever you went to her house, she had food for you to eat.  Her specialties were Indiana Tacos, Hog Head cheese, Mayonnaise Cake, Chicken and Dumplings, white beans and crackling cornbread… just to name a few.  At Thelma’s house there was always a card game or dominoes playing on the weekend, a gathering for all family and friends.