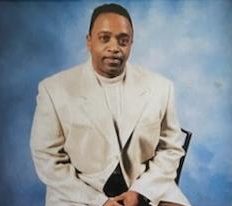 On August 26, 1951 A blessed baby boy was born to Janice & Alfred Floyd. They chose to name him Ricci. The family moved quite often because Mr. Floyd was in the military. That was very exciting for Ricci traveling to various places especially living in New York & Germany. At an early age Ricci picked up a camera he was fascinated by the angles & views captured on film. Ricci received his education in communications at Wichita State University, Wichita, Kansas, University Of Kansas, Fort Hayes, Kansas also Hutchinson Junior College, Hutchinson, Kansas. Ricci worked various jobs but his love for photography always stood out. His initial entry into television broadcasting was with KAYS TV in Hayes, Kansas as a VTR engineer. He was also employed by KAKE TV in Wichita, Kansas from 1975 to 1981 as Floor Director/Studio Cameraman/Promotional production. From 1981 to 1986 he was employed by KJRH TV in Tulsa, Oklahoma as Producer for 2 weekly shows called Insight. He received numerous awards  for outstanding work in photography & filming. Ricci’s last employer was the Association for Direct Care Trainers Inc. He worked as a Habilitation Trainer Specialist for 12 years. He took great pride in the care of his clients & was willing to do all he could to help them. Ricci was a member of Beautiful Gates Church led by Pastor Elijah Hill. He later became a member of Christ The Lamb Miracle Church under the leadership of Senior Pastor Rev. Dr. Hamilton Okotie.

Ricci was always a very kind caring person he loved animals especially dogs. He loved to dance & made friends with many people at the Jazz Hall Of Fame. He became intertwined with the music with his silky smooth moves on the dance floor. He always noticed when a lady came alone after the Jam session. He personally walked her to her car to make sure she was safe. Ricci will truly be missed by Ava Stanley, Kevin Prince, Jim & Jeanine Rhea, Emily Warner, Leila Robinson & Susan Howard.