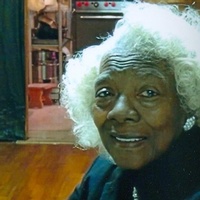 Doretha E. Pruitt was born and raised in the great city of Sapulpa, OK to the late John W. Pruitt and Dorothy Pruitt. Doretha was the eldest of 16 children. She attended Booker T. Washington until integration and graduated from Sapulpa High School, Class of 1961.

Doretha also attended Shiloh Baptist Church in Tulsa, OK where she served in many capacities until her mothers health declined. She came back to Sapulpa, OK and rejoined Calvary Baptist Church under the leadership of her nephew, Scott L. Gordon. It was there she received her call into the ministry and preached her first sermon on September 18, 2005.

Doretha was employed with Tulsa Community Action Project (Head Start) for 30 plus years where she was a Teacher and later became a Director. She earned a CDA and received an Associates Degree in Early Childhood Education from TCC.

Doretha was married to William F. Smith and Eugene Meeks both proceeded her in death. Also, “Gone and not Forgotten” are her parents, Mr. and Mrs. John W. Pruitt; one brother: Malcolm Barnett and grandson: Troy Smith-Driver.

Funeral Services will be 12:00 pm, Saturday, November 10, 2018 at the Shiloh Baptist Church, 1124 Martin Luther King Boulevard, Tulsa, Oklahoma. Her pastor, The Reverend Vernell Bell will be officiating and her nephew, Senior Pastor Scott L. Gordon of Calvary Baptist Church Sapulpa, Oklahoma will be the Eulogist.