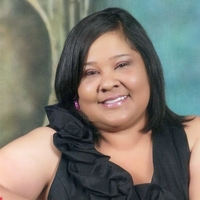 Sydonna spent her childhood growing up in Tulsa, Oklahoma and was a 1990 class graduate of McLain High School. After graduating from high school, SyDonna attended Tulsa Community College for two years. She became employed by Tulsa Public Schools in a secretarial position at both McLain High School and Monroe Middle School totaling 25 years.

SyDonna began a relationship with the Lord at an early age and was baptized at Pinkard Chapel C.M.E. Church in Tullahassee, Oklahoma. While diligently serving the Lord, she worked and served as Missionary President, Stewardess, Church Secretary, and whatever other capacity she was needed. Her most enjoyable moments involved spending time loving on her grandchildren.