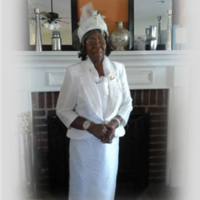 Mattie Violetta was born to the late William Henry and Viola Cleo Phillips on July 13, 1926. She was born the fourth child of fifteen children. She attended primary and secondary education in Morris, Oklahoma and she graduated as class valedictorian. She later attended cosmetology school and earned her state license in Cosmetology.

As a virtuous woman of faith, Mattie reared her children in the way of the Lord Jesus Christ. She worked out of her home and in a hair Salon to provide for her family. She enjoyed listening to and singing gospel songs, quilting, traveling, cooking, and caring for others. She truly believed in the Lord, she was a praying mother and grandmother.

At any given time she was ready to have bible class to spread God’s word and bring souls to Christ. One of her favorite books of the Bible was Mark, specifically the fourth chapter. Throughout her life whenever she was going through trials and tribulations she would say “Peace be still”. Until she was physically unable, Mattie would get on her knees every night and thank God for all of his blessings. One of her greatest joys was seeing her father baptized into the church when he was in his late 80’s.