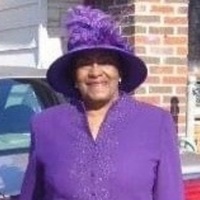 Mable was born on September 21, 1934, to Charlie and Sarah Jones in St. Morris Louisiana. She was the eldest child of two born to this union; having a brother Granville “Cleveland” Jones who precedes her in death.

At an early age, she turned her life over to Christ by attending church with her parents at Rose Hill Baptist which merged into Morning Star Baptist Church. Mable and her parents were life-long members of Morning Star. She enjoyed serving in the United Friends, WMU, T. Oscar Chappell Scholarship, Culinary Services and volunteering at the Food Bank.