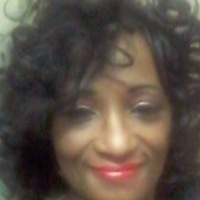 On a beautiful cool September morning, 9:13am, Deirdre Dionne Gray was born to Lewis and June Gray. She was a lovely child, who would always smile in the morning at first light. Deirdre attended Galilee Baptist church as a youth and graduated from Memorial High School in 1987. After a brief stay in Northeastern Oklahoma College, she went on to Beauty School.

Deirdre made her life in Tulsa, among many friends, doing odd jobs along the way. She had the first of five children, Ashlyi Mykiel
Antonio Gray, and three years later gave birth to Brione, Ravell Gray. After some time, along came Case Jerod Saathoff in 1995. After
having three boys, she finally had 2 girls, Dallas Da’Tone D’Yonne Whitaker and then Eva Tailor-Lyn Gray.