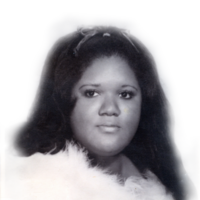 Audrey Laverne Huntley- Mayberry’s journey began on July 20, 1953.
She was the eldest child born of three children to Vernon B. and Barzeller T. Mayberry in Chelsea, Ok. Audrey, affectionately known as Claudette, grew up in the country in the town of Catoosa, OK. She attended East
Central High School and furthered her education at Lincoln University in Jefferson City, MO. Where she majored in journalism.

Claudette accepted Christ into her life at an early age and was apart of
the New Bethel Baptist Church under the leadership of Reverend Ardellas
Marshall and later Pastor H.L. Hardman. She joined the church choir and helped in any area needed. She was also apart of a gospel musical
ensemble, The Gospel Cousins. She married Robert Huntley and they
were blessed with two children, Derkesha and Therran Huntley.
Claudette was a mother and grandmother to many children, loving and
caring for them like her own.

Claudette was employed at First National Bank, Penwell Publishing, and Emsa. During the later years of her life, she was a homemaker and
enjoyed cooking and spending time with her family; especially her
grandchildren. Claudette also enjoyed spending time with her two dogs Charlie and Nylah; they were companions to her and she loved them
dearly. She later joined Real Life Outreach Worship Center under the
leadership of Pastor Larry Stokes Jr.

Claudette was preceded in death by her parents Vernon and Barzeller
Mayberry, her sister Esther Owens and grandson, Elijah Rivers.

She leaves in the hands of The Comforter; her children, Derkesha Huntley (Barry) and Therran Huntley (JaQuana). Grandchildren, Kemari Gamble and Gio’Vaugne McIntosh. Brother, Vernon Mayberry Jr., and a host of other special children, grandchildren, relatives, church family, and friends