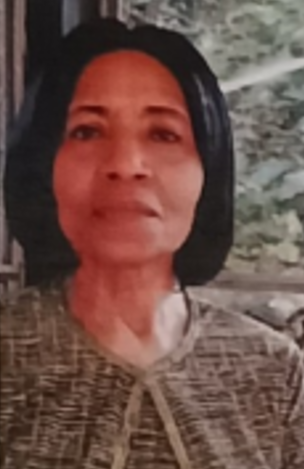 Thelma Louise Brown was born February 5, 1936, in Fort Scott, Kansas, to Frederick Elsworth & Elizabeth  Virginia Atchison. She was raised in Lawrence, Kansas having enjoyed a loving childhood with devoted parents. In her early years of schooling, she was very active in sports such as, softball, track, and was a majorette.

Thelma was raised in church along with her siblings. They were  talented singers and  formed a group called, “The Holy Rollers,” with songs featured on local radio station. She was also able to play the piano by ear. Thelma’s experiences as a child growing up during a time when people were being judged by the color of their skin and not the content of their character, left her with great empathy for people everywhere.

As a young teenager, and the eldest child in the family, she learned at an early age that family stick together and always looking out for one another. She began working in her father’s barber shop, helping with the family business. Her father later became ill and she began caring for him,
alongside her mother, until his passing. The family then moved to Tulsa, where she later had 3 sons, Emanuel Eugene Atchison, Monte Howard, and Delano Howard. She later met and married James Albert Brown and to this union, gave birth to their only daughter, Angela Denise Brown.

Thelma was active in many daycare centers around Tulsa, served as a Teacher’s Aid in several Tulsa Public Schools, and was a caregiver to not only family but also as a home health aid. She worked many jobs throughout her long life. Her dedication to helping others had no boundaries as she would help complete strangers if she felt they were in need.

Thelma received many accolades, awards, and titles in her life, but the ones she aspired most was mother, wife, grandmother, GG, sister, and friend. The devotion and loyalty she felt for her family and friends was steadfast. She would be the first to step up if she thought someone was being treated unfair and if she raised her hand while passionately expressing herself, stand back and watch out!

She rightfully deserved to be cherished, respected, and engaged by all. Thelma was a life force, long to be remembered and missed by those she loved and who loved her.

Although she will be missed, she leaves to cherish her fond memories, her husband, James Albert Brown of Tulsa, OK, sons, Monte Howard of Tulsa, OK and Delano (Kelly) Howard of Manor, TX, daughter, Angela (Preston) Kneeland of Caledonia, MI, sisters, Madeline “Tootsie” Atchison and Joyce Howard (Sylvester Mayes), and brother, Michael Howard, all of Tulsa, OK, along with a host of nieces, nephews, cousins, grandchildren,
great-grandchildren, and friends.

There is so much to remember and much to be thankful for as we cherish the memory of Thelma Louise Brown, and the way she shared her life with those around her. May her memory live long among us and be a source of strength for us.

TO WATCH THIS SERVICE LIVE PLEASE CLICK THE LINK BELOW AND ENTER THE ID AND PASSWORD PROVIDED: