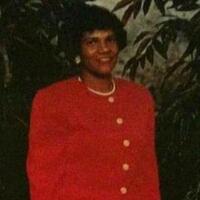 A beautiful baby girl was born to Jackson James and Bronnie Lee Edwards on Wednesday, August 6, 1941 on a stormy rainy day in Bristow, Oklahoma. They named her Orene Oleta. She was the fifth child of ten and the very first daughter. Her brothers nicknamed her “Sister” as she was lovingly called.

While living in Bristow, Oklahoma, she attended Harlinsville Elementary and Edison Junior High School. However; the family moved to Tulsa, Oklahoma in 1959. Orene attended the Historic Booker T. Washington High School. As a student at BTW, she developed a passion for reading. She graduated in the Class of 1960.

She was a great mother, sister, aunt, grandmother and great grandmother. Orene had a big heart that was full of gold, a beautiful spirit and always provided a great deal of compassion. She was an admirable mother, our solid rock. Exemplifying “love” to all. She would help anyone in need, no matter how many times they needed help. She was our female ruler. Her passion was fashion and design, she loved sewing and creating her own look. Family was her entire existence.

On November 12, 2020, while blaring her gospel music, she laid softly on the pillow of her bed and took her last breath. Orene departed this life and transition safely into the arms of our Lord and Savior Jesus Christ.