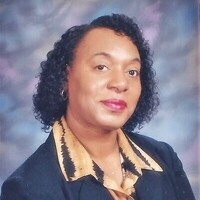 Jeanetta Carrie Cooks was born to the parents of Curtis Cooks Jr. and Dorothy Lee (Sheppard) Cooks on June 26, 1952 in Okmulgee, Oklahoma and was given her name after her Great Grandmother.

Early in life, Jeanetta completed her formal education and graduated from Booker T. Washington High school. She finished Cosmetology school and became one of the best cosmetologist around. She had her own shop inside of her home where all the festivities took place.

Jeanetta accepted the Lord as her personal Savior and was baptized at an early age and she practiced and passed down the love of God throughout her family. She united and served on various levels and positions within the church at St. Paul Church of God in Christ. She loved the Lord and her walk with God never wavered. His light shone on her wherever she went and with whomever she met. Jeanetta lead many to Christ.

She worked for the banking industry in several positions for over 12 years. She worked for Neighbor to Neighbor for several years and she also served the children at Tulsa Public Schools. Jeanetta had a special connection with people and was sensitive to their needs. Jeanetta strongly believed in “training up a child in the way they should go.” This applied to all the children in the neighborhood, including nieces, nephews and grown folks as necessary.

She was preceded in death by her mother, Dorothy Lee Cooks, father, Curtis Cooks Jr, and sister Doroline Jones