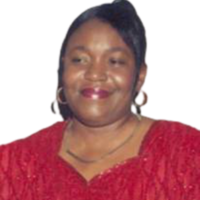 The race began on September 28, 1949, when Gilbert Lee Reynolds was born in Groesbeck, Texas to George Anderson, Sr. and Mary Lee Anderson. She was the second of nine children. Gilbert Lee Reynolds passed Friday, January 29, 2021 at age 71 in Tulsa, Ok at Ascension St. John Hospital on her grandson Raymond birthday.

Gilbert moved to Phoenix, Arizona as a child, graduated in 1967 from Phoenix Union High school and went on to attend Maricopa County Skilled Center where she obtained her Nurse Aide Certification. Later she would obtain certificates as Medication Aide and a Medical
Assistant.

While in Phoenix, Arizona she met and married Richard Reynolds in 1968.

Gilbert was an awesome mother and a loving friend. She had a God-given gift to care for others as she did in her nursing profession. She was also a talented cook who could bake
anything she put her mind to and also loved to go to bingo.

Gilbert is survived by her children: two daughters, Tonya Jefferson and LaShion Hunt (Wayne), two sons, Gable McGlory (Juana), Richard Reynolds and a stepson, Laron Harris and (Richard “Daddy” Reynolds) all of whom she cherished. Four siblings remain to cherish her memory: Willie Hunter of Tulsa, OK, Ruby Jean Anderson, Neta Bell Taylor and Robert Robertson (Carolyn) of Phoenix, AZ, along with two sisters-in-law, Brenda and Korine. She also is survived by a ride until the wheels fall off friend, who is more like her sister, Doris Jean Johnson. She also leaves in God’s care 23 grandchildren, a host of great-grandchildren, nieces, and nephews,
especially one she shared a bond with, her Sunday partner, Tasheika Heath. Along with an
abundance of friends whom she deeply cherished.

In the words of Rose Morgan, “You were and will forever be truly one of a kind.”