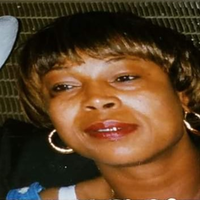 Emma Jean Fields-Hall was born on Sept 27, 1955 to Mattie Bell Fields and Floyd Allen in Sapulpa, Oklahoma and raised by step father, James Fields. “Jean” as everybody called her, was the third of six children. She attended Booker T. Washington in
Sapulpa, Oklahoma. Later, her family relocated to Tulsa, Oklahoma, where she graduated from McLain High School — Class of 1974. She then went on to be the first Black woman to attend Spartan School of Aeronautics and later graduated from Rogers State College.
Jean met and married Quinn Hall, who preceded her in death. She was a very hard worker. She worked at Nelson Marine Products for many years as a Quality Control Inspector. She later retired from Directv in 2015 to spend more time with her two granddaughters, Shamari and Alicia, whom she raised.
Jean was loved by many and always had a big personality and known to speak her mind. She loved fishing and she loved her grandkids whom
affectionately called her “Naunas”.
She was preceded in death by her parents, her husband, Quinn, her sister, Brenda, her oldest brother, Arthur Lee and her daughters, Brittany and Shametra.
She leaves to cherish her memory her children, Danon Williams of Tahlequah, OK and Tamia Fields of Tulsa, OK, a special niece, Claretha Graham, her grandchildren: Alicia, Shamari, Quartney, Maya, Coreyonn, Michael, Danon, Micah, Cortez, and Ayanna; great granddaughter, Amira, siblings: Kathy Jordan of Tulsa, OK, Cordell Zeb Fields of Oklahoma City, OK and Josiah Morris of Las Vegas, NV; auntie, Louise Allen, along with a host of nieces, nephews, family and friends.