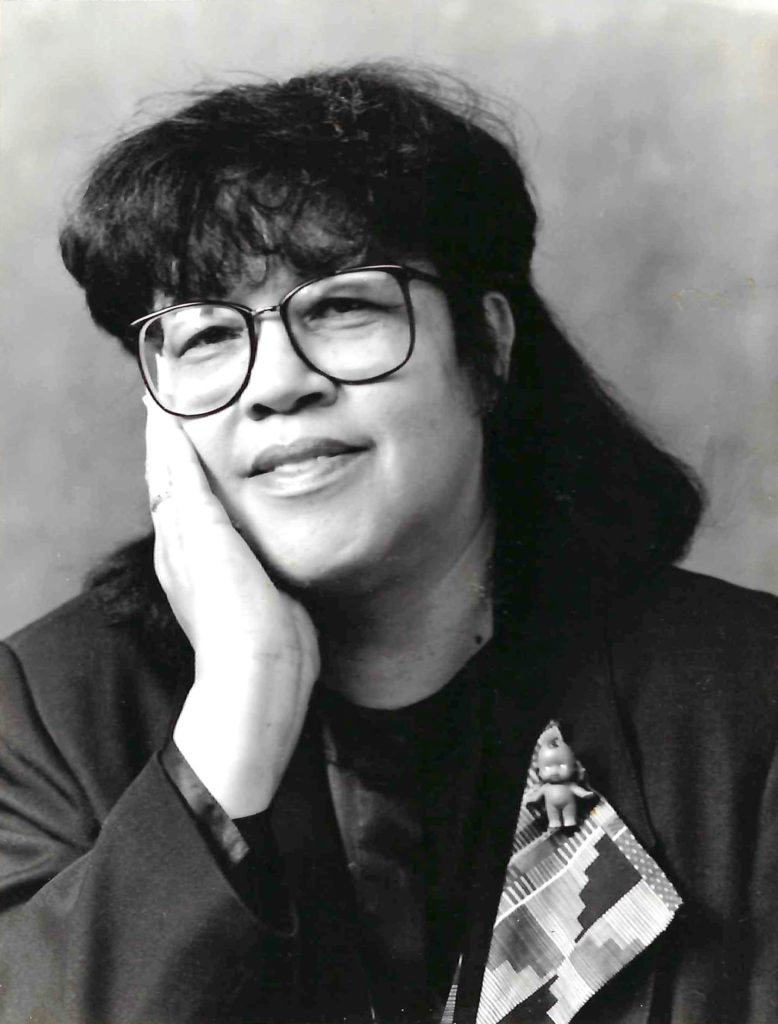 Mrs Eddie Faye Petit Gates had an adventurous and giving spirit and loved to tell anyone that she encountered that she “never met a stranger.”  From her humble roots as the second-born child of sharecroppers Ferman and Vivian Minter Petit in the  rural community of Preston, Oklahoma, she always strove to serve others as a teacher, author, and community activist.

She was drawn to teaching at a very early age and in fact her first “students” were her younger brothers and sisters.  She is predeceased by her brother Ferman Jr. and beloved sisters Margaret Garner and Florence Fox.  She is survived by her cherished sister Frances Peterson (Pete) of Detroit and three loving and devoted brothers Troy, Terry (Gloria) and Randy (Mary).

She graduated from Douglas High School in Okmulgee in 1951 and attended Tuskegee Institute in Tuskegee Alabama.  It was here she met the love of her life and future husband Norman Gates, Sr.  She was an honor student and supported herself at Tuskegee by working for her two favorite professors Dr. Charles G. Gomillion and Dr Sherman N. Webster who were key figures in the early Civil Rights movement in Alabama.

When Norman Sr’s active duty military career ended in 1968, the Gates family moved to Tulsa. She taught US and World History at Edison Senior High for twenty-two years before becoming the Social Studies Curriculum Coordinator for the Tulsa Public School System. Countless students who walked through the door of room 183 at Edison experienced her thought-provoking instruction that did not shy away from “controversial” topics and her compassion and commitment to every student in her room.  She was instrumental in implementing multicultural curriculum for the Tulsa Public School system and served as a Holocaust education consultant.  She retired from the Tulsa Public School system in 1992.

Following her retirement, Eddie Faye began her second career as an author.  Her first book, an autobiography titled Miz Lucy’s Cookies: And Other Links in My Black Family Support System was published in 1996.  Her second and third books They Came Searching: How Blacks Sought the Promised Land in Tulsa (1997) and Riot on Greenwood: The Total Destruction of Black Wall Street (2003) were written to capture and highlight the experiences of African Americans in Tulsa for all to see.

In 1998 Eddie Faye, along with ten other members from diverse backgrounds, was appointed to the Oklahoma Commission to Study the Tulsa Race Riot of 1921 and became the Chair of the Survivors Committee. She had a major role in rescuing the narratives of more than 200 survivors of the riots as well as information from more than 300 of their descendants.

While many knew of Eddie Faye Gates because of her teaching, writing, and activism, others knew her simply as mother, sister, grandmother or loyal friend.  To us she was chatty, quirky and generous to a fault. Eddie Faye was a life-long avid world traveler and relished the opportunity to interact with and learn from locals where ever she found herself.  Her travels included an extensive Holocaust Tour in 1991 which launched her career as a Holocaust educator, and a study tour of Africa that she and Norman, Sr took in 1993 that she described as her return to her roots tour.

She was an excellent cook and her holiday meals where legendary that reflected her world travels such as English fruitcake, steamed puddings and mincemeat tarts and her southern roots with homemade rolls

In addition to travel, Faye enjoyed antiquing and thrift shopping.  All who knew her, particularly her grandchildren, would look forward to receiving packages in the mail with thrift shop treasures she had picked up just for them.

Eddie Faye Gates is survived by her five children, sons Norman Jr (Stephanie) of Garland, TX, Kevin and Derek (Scharyl, deceased) of Tulsa and daughters, Dr Dianne Gates-Anderson (Tikisa) of Union City, CA and Donna Gates-Kelley (Harry) of Valley View, TX eight grandchildren, Adrian, Justin, Ashley, Allison, Nashanna, Chutney, Kendrik and Santina and four great grandchildren, Adrian Jr., Isley, Felix and Ada Faye.  She will be sorely missed by her extended family and the many, many friends and acquaintances she made around the world.