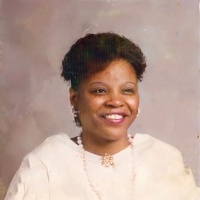 “Gone to make peace with Jesus”

Love was showered into the arms of Norman and Mary Jones as they welcomed their fourth child in the world. They announced her to the world as, Carol Suzette.

Carolyn as many called her was reared in Tulsa, Oklahoma. She was educated in the Tulsa Public School system attending, Dunbar Elementary, Monroe Junior High School, Gilcrease Junior High and graduating from Raymond S. McLain High School where she studied cosmetology and participated in the marching band.

Carolyn was very articulate along with her many talents, however, her passion was singing for Christ. She accepted Christ at an early age and was baptized at Paradise Baptist Church.

Carolyn’s life was filled with joy as she was blessed to be a mother of four wonderful God-given children, Latashia, Tyrie, Elrico “Bo-Bo”, Queshenia “Punkin” Ackerson, and later her children in love, Benjamin Wilson and Kenya Wilson.

Carolyn found favor in the eyes of Mr. James Arthur Jackson of Lancaster, Texas and the couple were joined in Holy Matrimony in 1987. They couple were wed for ten years until his demise in 1997.

Carolyn along with her family relocated to San Francisco, California. She later moved back to Tulsa. Upon her return to Tulsa, she united with Full Gospel Outreach Ministries under the direction of Bishop Harold Jones. She was a member of the FGOM choir and loved to sing to the Lord. She was a special woman of God who always had a loving smile and a wonderful personality who was loved by many.

On June 7, 2019, she reached out and grabbed the Lord’s hand. Welcoming her into the presence of the Lord was her mother, Mary Jones; grandparents, Dalton and Betsey Jones, Alex and Mattie Perryman; three brothers, two sisters.