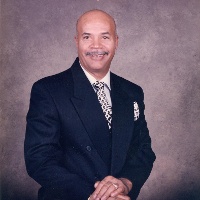 On August 28, 1938 in Carthage, MS, a handsome baby boy made his debut into this world, and the world would forever be a better place. God blessed Isabella and Veo Walker with a precious gift into their hearts and home.

Mr. Veo Walker Jr. accepted Jesus Christ as his Lord and savior and was baptized at an early age. Veo married the love of his life Frankie on June 6, 1957. Veo adored Frankie and their love will last an eternity. They would go on to have 7 blessings from God, 5 boys and 2 girls. Veo’s happiest moments were spent with his beautiful wife and children. Veo worked tirelessly to provide for his family but still managed to ensure his family did various activities on the weekends, from fishing, playing sports, and riding bikes. Veo ensured that his wife and children knew just how much he loved them.

Later in life Veo developed a love for Tae Kwon Do and participated in multiple tournaments and went on to achieve a black belt in Tae Kwon Do. He also had his own class in which several of his grandkids participated. Veo retired at the age of 65 after over 30 years of service to Oneok, where he was respected and earned a reputation for the quality of his work. Veo was a devoted husband of nearly 62 years and the love he had for his wife is something to aspire to, their love story won’t end here. Veo was a very loving, son, brother, father, grandfather, great grandfather, and great-great grandfather, and friend.