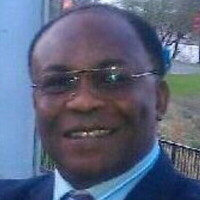 Sammy was born on the third of March 1956, the first child of the late Mrs. Alice Patience Odonkor (Nii Deh), a Nursing Sister and Midwife at Korlebu Teaching Hospital, Accra Ghana and Mr. Nathaniel Kofi Odonkor (deceased) a Senior Sales Manager at the then British Motor Company, Accra Ghana.He started his kindergarten and initial primary
education at Ridge Church School Accra, Ghana.At the age of 4, his parents moved to
Tema due to his mother’s transfer toTema General Hospital. He continued his primary school education there at Oninku Primary school Tema Ghana, until again compelled to move to Sunyani the Brong Ahafo regional capital of Ghana with his mother and siblings in 1962. He later relocated back to Accra to live with his father.
It wasn’t long until he was again forced to relocate back to Accra to live with his father This constant change, movement and separation from his mother whom he loved dearly and the lack a maternal care, produced a profoundly destabilizing effect on
Sammy’s life.
However, Sammy who naturally possessed a great academic acumen, soldiered on through his Secondary school education at the following educational institutions all in Ghana, namely : Sunyani Secondary School, Hohoe Evangelical Presbyterians Secondary School, Mpraeso Secondary School and Accra Academy Secondary Schools where he excelled in Mathematics and Science subjects that earned him the nickname ” Sliderule”.
In 1977, Sammy joined the West German Airship company who were touring Ghana and West Africa to promote Airships into the African Market.
He toured with them for a while through the West African regions and also flew Glider Airplanes at Afienya with Flight Lieutenant J. J. Rawlings, who was later to become the Head of State and President of the Republic of Ghana.
In 1978, a window of opportunity opened for Sammy to travel to Nairobi Kenya, under the assistance of the late Mr. Ndento of Kenyan Airways to study Piloting and again through the assistance of the same Mr. Ndento, moved to the United States of America in 1979 to continue his studies in Aviation in Los Angeles, California.
A few years later, Sammy moved to Tulsa Oklahoma, where he taught in Spartan School of Aeronautics for a while until for some strange reason, he completely changed his career trajectory to Medical Radiography, a career he pursued until his sad demise on the 8th of March this year 2020.
He was an active member of both the African Christian Fellowship AFC and the Ghanaian Association of Tulsa, Oklahoma, where he was described as the top canvasser who
encouraged many to join because of his charismatic personality. He would be greatly missed by all.
He was survived by 3 direct siblings: Mr. Christopher T. T. Odonkor (U. K.) brother.
Madam Betty Mirabelle Odonkor (Ghana) Sister,
Mr. George Williams Paa Joe Odonkor (Ghana) brother.
Other Siblings : Mr. Johny Odonkor (Ghana),
Mr. Elliot Mate Odonkor (Italy), and
Mr. Billy Odonkor (Ghana) brothers.

BROTHER SAMMY, REST IN PERFECT PEACE IN THE LORD!!!!