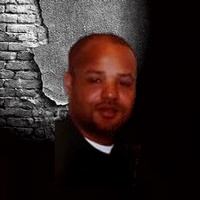 Rico Roshuan Wallace was born on June 27, 1972 to Beverly Wallace and Sammie Powell in Tulsa, Oklahoma. He was the youngest son of five children to this union.

Rico was educated in Wyandotte County School System in Kansas City, Kansas. Attending Welborn Elementary, West Junior High and Schlagle High School. Shortly after becoming a young adult he was diagnosed diabetes and the road to recovery came into play.

Rico Accepted Christ as his Lord and Saviour at an early age.

Rico found gainful employment at JCPenny Outlet and Walmart Stores as a mechanic in the Oil and Lube Center until he was afflicted with diabetes. Rico was surrounded and supported by family and friends that truly loved him.

He was later blessed with three children, Shawnie, Xavier and Dylan. Later his life was filled with great joy at the birth of his only grandson, Shawn Xavier Ferguson that was born on his birthday.

In 2010, Rico relocated to Tulsa, Oklahoma, Rico in his spare time raised a pool of different variations of pet fish that he cherished. He loved to clean up his cars from the Red Cadillac to his Lincoln they were his pride and joy. He was always down for a game of Dominos and playing cards and going to the casino with family and friends.