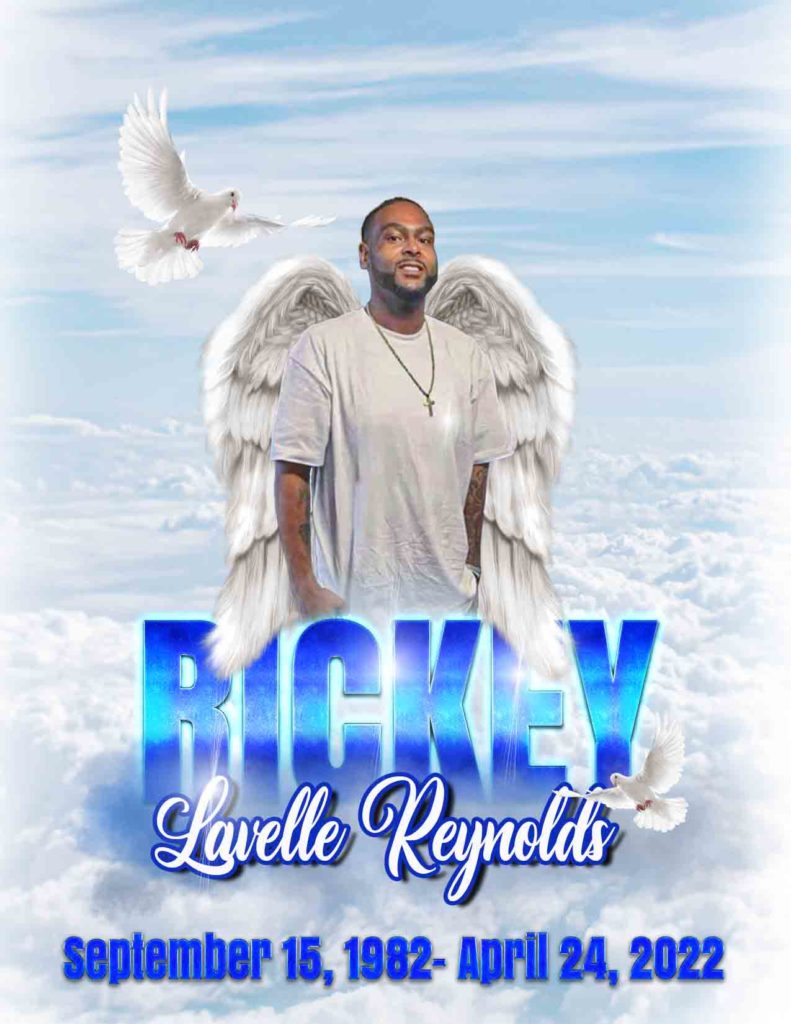 Rickey Lavelle Reynolds Sr. was born September 15, 1982, to Delphine and Reginald Reynolds Sr. in Tulsa, Oklahoma. Rickey was the youngest son of three. He grew up in Tulsa and attended Central High School.

In Rickey’s late teenage years, he met Tenita Penn and was blessed with two bonus daughters Raniesha and Raven. To this union Rickey Jr.,Renada, Rayshawn, and Rehanna were gratefully blessed to this world.

Rickey met his wife Sherita Morris-Reynolds in 2003 blessing him with two more bonus children Sheron and James. To this union Rashaud was born.  Rickey became a PawPaw to Za’Kauri and Ava’Lynn.

Rickey was employed for the City of Tulsa for 5 years and Sonoco Products Co for 8 years.

Rickey loved his family whole heartedly. He made sure to tell the people he loved how much he loved them every chance he got. Rickey wasconsidered the life of the party, he knew how to make you smile, laugh, and enjoy life.