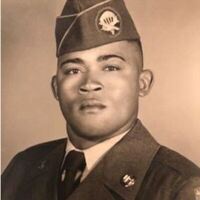 Nathaniel Brailford, Sr. was born on December 10, 1936 in Wilmington, N.C. to Clara Frances Brailford. He was raised by his mother and stepfather, Cecil Meigs. He was the eldest of six children. The family moved to Tulsa, Oklahoma where he graduated from Booker T. Washington, HS. At the age of 23, Nate enlisted in the U.S. Army where he served for 12 years. During his time in the military, he served in two tours in Vietnam. He received a Purple Heart upon his retirement on October 20, 1971.

On October 12, 1968, Nathaniel married his wife Shirley and to this union, a son, Nathaniel Brailford, Jr. was born. Shirley was the love of his life. He often thought of her and missed her dearly. Nate was a devoted husband, father and grandfather who loved and cherished his family immensely. After his retirement from the Army, he became self-employed repairing electronics. On August 11, 1975, he joined the Tulsa County Election Board where he was a dedicated employee for over 30 years. He was loved and respected by his co-workers and remained friends with many of them after his retirement.

Nate spent much of his time enjoying his grandchildren after his retirement. He spent countless hours attending their basketball and football practices and games. All the coaches, parents and players knew him well. In addition, he volunteered at the Deborah Brown Preparatory school where he affectionately helped keep the children “in line.”. One of his proudest moments was when his grandson, Jordan was drafted into the NFL. He specifically stated with the biggest grin on his face, “He made it! My work is done.”

Nate also enjoyed having lunch every Thursday with his good friend, Mike Neville.

Nathaniel was preceded in death by his parents, wife (Shirley) and brothers Charles, Robert and Joseph.

He leaves to cherish his memories, one son, Nathaniel Brailford, Jr. Grandsons, Jordan Brailford, Jonathan and Korey Powell all of Tulsa, OK. Great-grandchildren, Jonathan, Jr., Journey and Koby Nathaniel, Sisters, Marliyn of California and Ernestine of N.C. Brother-in-law, Jerry Ross of Tulsa, OK and a host of nieces, nephews, cousins and friends.