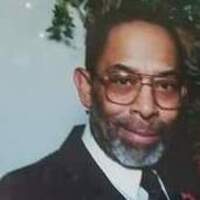 Reflections
Moray L. Ephraim was born on November 10, 1949 in Shreveport, Louisiana. He attended Booker T.
Washington in Tulsa, Oklahoma graduating with the class of 1969.

In 1968, Moray joined the United States Marine Corps where he served until 1971 as a part of the field
artillery 105th housers. In 1971, he medically retired as Marine Corps Private First Class.

There is an empty space where you used to lay,
And an ache in my heart that won’t go away.
I couldn’t have asked for a better friend,
You were my faithful friend until the end.
Now you’re roaming endless fields,
Forever free to run listening to the song of the wind beneath the golden sun.
Meet me at the rainbow when the time is right.
Run into my arms again.
Walk with me into in the light.
-Christy Ann Martine