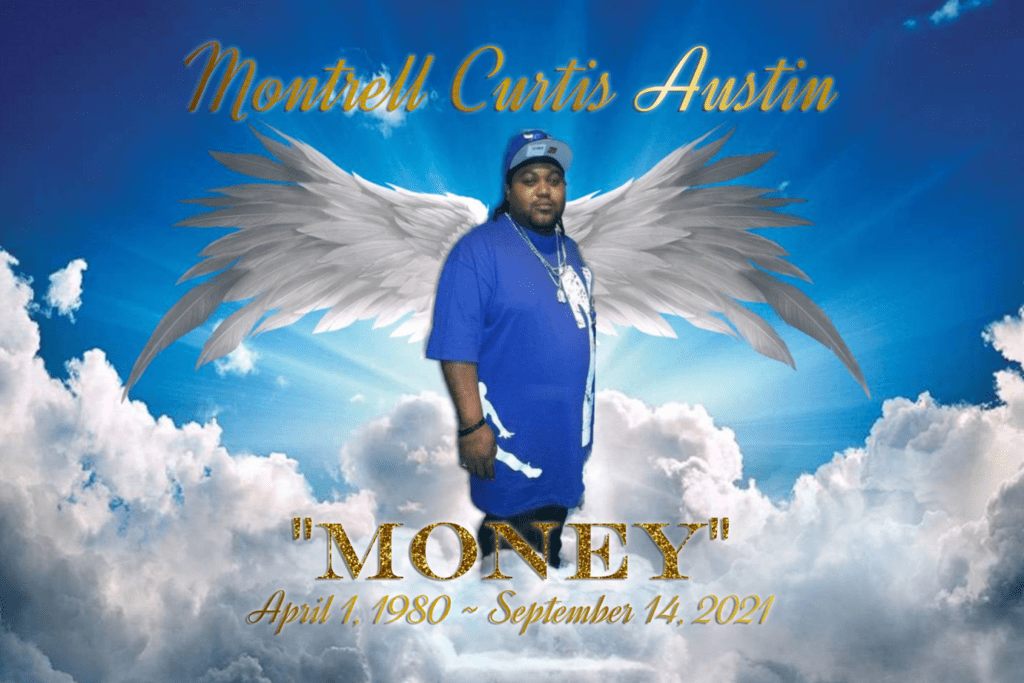 Montrell was born on April 1, 1980, in Fort Worth, TX to Norma McKnight and Arthur Carson.  He graduated from O.D. Wyatt H.S. in 1999. He was engaged to Shelia Vanbuskirk who was his partner of 10 years.

Money was a very sociable person who was a friend to all and the most loyal person you would ever meet. He was funny, lighthearted and stood for what he believed in. Money loved his family and most of all his kids. He was a wonderful grandfather, “Poppa Trell” is what the grand kids called him. Money was the biggest Cowboys fan and never missed a game. It’s not a day that went by that he didn’t wear the colors blue, white or gold. He was a protector, a son, a brother, a friend, a cousin and someone who will truly be missed.