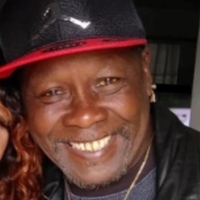 On February 8, 1954 in Tulsa, Oklahoma a bouncing baby boy was welcome into the loving arms of Weldon and Mildred Taylor, Sr. He would be the sixth of ten children born to this union. He was affectionately named, Melvin Taylor he was known to family and friends as “Sugaman”. He was lovingly raised alongside his siblings Weldon, Jr. , Sammy, Brenda, Granvill, Elmer, Benjamin, Danny, Lonnie and Leon.

Melvin accepted Christ at an early age and baptized at Oak Hill Baptist Church where he was a member of the choir.

Being raised in Buford Colony he was educated through the Sandsprings Public Schools attending Charles Page High School. He was later blessed with the gift of becoming a self-employed landscaper.

In his spare time he played pool with friends, enjoyed being around family and watching drag racing. He admired antique cars and working on cars. Some of his best time were hanging out with his two best friends, Doug and Robert, Jr.

In 2014, Melvin found his love and life companion, Veronica Evans and he lovingly adopted Aneadra Evans and Casey Evans into his lfe. The couple shared over six plus years of love until his demise on May 8, 2019.

On May 8th 2020, Melvin surrendered to the call of the Master and dozed into eternity. He was preceded to Heaven’s Gate by his mother, Mildred Taylor; and six brothers, Weldon Taylor, Jr. — Sammy Taylor, Elmer Taylor, Danny Taylor, Lonnie Taylor and Leon Taylor.