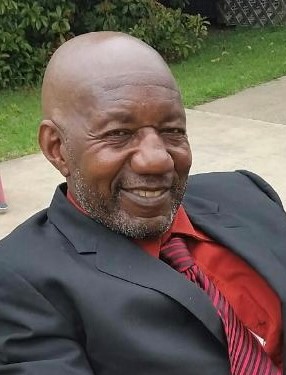 To watch this service live, please follow the link below:

Kenneth Donas Benford, known to many as “Haymaker”, was born on March 5, 1950 in Haskell, OK. He was the eldest of three children born to Delmer Benford-Ladd.

He attended primary and secondary school in the Haskell Public Schools and graduated from Haskell High School in 1968, where he was an exceptional basketball and football player. He attended Northeastern State College and graduated with a Bachelor of Science in Business Administration in December 1971.

After graduating from Northeastern and working for Lee C. Moore for a few years, he joined the Tulsa Fire Department in February 1973. During his time at the Fire Department, Haymaker worked for AAA Auto Service as a part-time Tow Truck Driver while also spending his off days cutting lawns, working on cars and being a general “Mr. Fix It”.

He met Cheryl Williams in 1972 through mutual friends. They later married in 1978, and to this union was born one daughter, Karla Diane, in 1983.

In 1993, he retired from the Fire Department. After a few years, Haymaker decided that semi-retirement was not for him, and he spent several years working for the Oklahoma Department of Human Services.

When he wasn’t fighting fires, helping stranded motorists, or cutting someone’s grass, he enjoyed riding his motorcycle, playing dominoes, cooking, and most importantly, spending time with his family and friends (which usually involved good food and even better music).

Haymaker departed this life on May 23, 2022. He was preceded in death by his Mother, Delmer Benford-Ladd, as well as his Uncle, Oscar Williams and his Aunt, Evelyn Williams, who were also like parents to him.

Left to treasure his memory are his daughter, Karla Benford of Oklahoma City, OK; his sister, Marva Ladd-Ray of Broadview, IL; his brother Tony (Teresa) Ladd of Alsip, IL; long-time family friends Drs. Fred and Kay Wright of Tulsa, OK; Venus Wilson of Tulsa, OK; godsons Anthony (Krystal) Wright of Conroe, TX and David Wright of Houston, TX; and many other relatives, friends and loved ones.