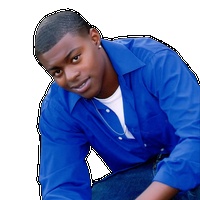 On January 7, 1991 in Monterey, California, a baby boy was born to Cunethia P. Singleton-Finisson and Kenneth Bernard Hardrict, Sr. He was affectionately named, Kenneth Miguel Hardrict.

At a young age Kenneth accepted Christ in his life and was baptized at Redeeming Faith Ministries.

Around the tender age of five Kenny had a love for all genres of music. As time went on, he started to aggressively pursue music, spending time in the studio. Having Co-founded a record label, Do The Math (DTM).

Prior to his untimely death Kenny met and fell in love with his fiancÃ©’ Noor Alhlou in 2013. Kenny had a deep admiration for Noor. Whenever Kenny spoke of her, you could see the sparkle in his eyes, a smile on his face and the joy in his spirit.

After 27 seasons, Kenneth Miguel Hardrict “moved” to his mansion in the sky. On Monday June 18, 2018 in Tulsa, Oklahoma he was preceded in death by his father, Kenneth Hardrict, Sr. and mother, Cunethia P. Singleton — Finnison, (John); brother, Lewis Finnison; his grandmother, Lavern Bernard.