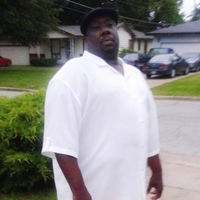 On September 12, 1965, Carolyn Powell and John Weldon Wallace, Sr. welcomed their first born son. They lovingly called him, John Wallace, Jr. John was the oldest of his three brothers and one sister.

John never met a stranger and was always the life of the party. He was a loyal friend to many, having friendships that lasted more than twenty years. He was a hard working man who never went without a job. He loved his family and all the times they spent together. John loved to cook, especially BBQ.He was the self-proclaimed, “King of the Grill.”

Funeral services will be held on Saturday, April 3, 11:00am, at Greater Union followed by interment at Green Acres Memorial Gardens.