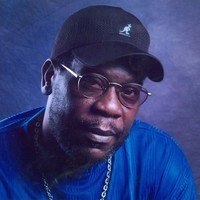 It was a special day of joy on March 27, 1955 when God Blessed Jesse & Ruthella Vann with a bundle of joy, Jeffery James Vann. He was the fifth of eight children.

He received his education through the Tulsa Public School system. He was a 1973 graduate of the Tulsa Central Braves where he played basketball, the sport he enjoyed so much. After High School Jeff assisted his father in many

He was employed with the Tulsa Public School Transportation Department for 28 Â½ years as a school Bus Driver. Jeff’s love for children led him to give back to his community as a coach for several years. He was a Basketball Coach for Sam Houston Elementary School and Holy Family Cathedral School for several years.

On March 17, 1984 he married the love of his life Linda Bell. For 36 years they had a relationship that was filled with love. She was always by his side taking care of his every need and want. To this union they formed a loving family with three beautiful children: LaTara Tomlin, Kevin King, Tonya King.

Preceded in death by: