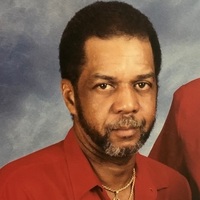 James Edward Black, affectionately known as Jimmy was born on July 11, 1949 in Muskogee, Oklahoma to Curtis and Sadonia Black. He was the second child born to their union.

Curtis and Sadonia moved to Tulsa, Oklahoma when their children were still young and Jimmy attended Booker T. Washington High School, where he graduated with the class of 1968.

Jimmy gave his life to Christ at an early age and attended church regularly with his parents in his younger years. In his later years, he became a faithful member of Church of Eternal Love where he was ordained as a Deacon under the leadership of Pastor Diana Serisis in 2016.

Jimmy met and married Shelia Elizabeth Banks in 1967 and this union was blessed with two beautiful children, Stacy and Andrey. This marriage was later dissolved.

In April of 1978, Jimmy married Brenda Louise Reed and they were blessed with two beautiful daughters, Jamica and Brionne. They then became a blended family becoming the proud parents of 5 daughters, Stacy, Andrey, Rhonda, Jamica, Brionne and 2 sons, James and Shannon. Jimmy and Brenda shared 31 years of marriage until her passing in 2009.

Jimmy was known for being a “Jack of all trades”. He could fix a car, bake a great pumpkin bread, sew a dress, and rebuild a house all in the same day! He was always so great with his hands and many people knew him by his excellent workmanship. He singlehandedly owned and operated Black Construction Company for many years and continued working for himself until his health begin to fail in 2010.