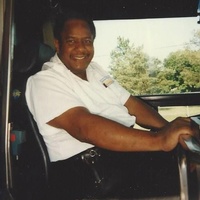 On March 27, 1942 in Wichita Falls, Texas, a bouncing baby boy was placed into the loving arms of Ira Brantley and she affectionately named him, Ivan Leroy Brantley, Sr. He was the only son of two children born to Ira. His sister was Yvonne Brantley.

Ivan, Sr. accepted Christ as his Lord and Savior at an early age. The love for servicing others and his passion to keep others safe was exemplified throughout his life.

The family spent most of Ivan’s primary years in Wichita Falls, Texas later relocating to Denver, Colorado and Los Angeles, California. The family settled in Tulsa, Oklahoma where Ivan attended Booker T. Washington High School graduating in 1960. After completing high school, Ivan enlisted in the United Sates Air Force in 1963 where he served as a mechanic. He was later Honorably Discharged from his service to this country.

Ivan, Sr. returned home to Tulsa, Oklahoma and found gainful employment in the area of transportation. He was a driver for Armor Transportation and other local businesses until he became employed with Tulsa Transit. Ivan worked faithfully for Tulsa Transit for over 25 years as a driver.

Ivan, Sr. truly enjoyed life. He was a the life of the party type of person who loved to tell jokes and socialize. In his spare time he did what he love the most is working on automobiles. He was a all around car enthusiast.

On March 11, 2019 after 76 years of Love, Life and Labor Ivan, Sr. answered the Master’s call as He delivered him from his earthly labor to his heavenly reward. He will be greeted by his loving mother, Ira Elmore and his only sister, Yvonne Brantley.