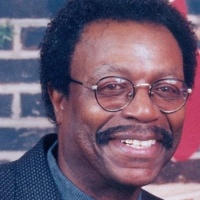 Homer L. Dodd Jr. was born on August 13, 1949 in Tulsa, Oklahoma to Homer L. Sr. and Helen Dodd. He was the youngest of three siblings, his sisters, Glenda and Shirley precede him in death. As a young boy Homer enjoyed many outings with his Dad to fish and hunt; doing the things that boys love to do. While attending school in the Tulsa Public School system, he attended Dunbar Elementary and graduated from Booker T. Washington High School in the Class of 1967. After graduating high school, Homer matriculated at Tulsa Junior College. He was later drafted into the Vietnam War where he served in the United States Army until 1973.

While attending Booker T. Washington H.S., Homer met the love of his life, Sandra Joyce McDowell. They both were gymnasts and flipped for each other. A couple of years after graduation, Homer and Joyce were married on December 27, 1969. To this union two boys were born, Tony Marcel and Kevin Dewayne, who follows in the footsteps of their father. Homer and Joyce’s love for each other started at ripe age of fourteen and continued to God called Joyce home.

Homer and his young family united with the Shiloh Baptist Church immediately after their marriage, believing that a family that prays together stays together. Homer joined under the direction of Rev. H. D. Morris. Under the direction of the second pastor of Shiloh, Rev. M.L. Bailey, Homer was a Trustee and Deacon in training. He continue to serve the church until his health began to fail.

Being a loving husband and nurturing father, Homer the provider was successfully employed in 1973 at John Zink an Aaon retiring from his labor in 2011.

As a father, grandfather, uncle, cousin or friend, Homer believed in family. His loving ways showed his sons, grandsons and nephews all how to be men. He was also very active in the lives of his children and grandchildren.

Although Homer was a loner, it did not mean he was lonely, he loved people. Giving advice was one thing he liked to do as well as making people laugh. Enjoying the simple things from his childhood like fishing and hunting kept him grounded in nature. He loved playing music, Homer was a longtime guitarist. Homer loved God, life, and his family, so we can call him blessed.