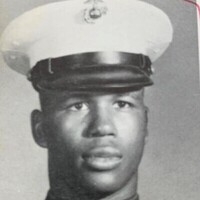 Hershell Roy Duncan Jr. was born on July 30, 1948 in Cotton Plant, Arkansas. He was the second oldest of five children, born to the late Hurshell R and Carrie M Duncan.

Hershell attended and graduated from Paseo High School. He continued his education at Avila College. After graduating, Hershell enlisted into the United States Marine Corps; where he served two terms. He became a Corporal and was on the front line of the Vietnam War. While in the Marine Corp he became a boxer and studied martial arts. He was stationed in several countries around the world and traveling became one of his passions. During his time in the military he met his first wife Yvonne L Duncan. In this union they had four children.

Hershell was a Man of God. He gave his life to Christ at an early age. He attended Sheffield Family Life Center with his mother. Later on in his life he attended Life Changers Church where his daughter and son in law were the pastors. Everyone affectionately knew him as Pop, Butchie and Serge. He was a hardworking, faithful man who loved and worked relentlessly for his family.

He was preceded in death by his parents Hurshell and Carrie Duncan, his siblings Johnny, Ladanity, Socrates and grandson Jermaine Hawkins.

God saw you getting tired

And a cure was not to be

So he put His arms around you

And whispered “Come to me, “

With tearful eyes we watched you

As you slowly slipped away

And though we loved you dearly

We couldn’t make you stay.

Your tired hands put to rest

God broke our hearts to prove to us

He only takes the best.

by Frances and Kathleen Coelbe