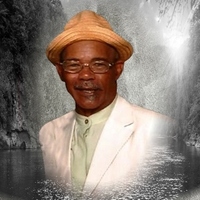 On June 7, 1953 a beautiful baby boy was born to Glen Cullom Sr. and Canzaty Smith Cullom. They would name him after his father, Glen Cullom Jr. As a young boy, Junior, as he was loving called, spent the early years of his life in Taft, Oklahoma with an abundance of family and friends. This is where he learned how to love country living.

He was educated in the Taft School District in his early years but later moving to Tulsa. He graduated from Booker T. Washington in the Class of 1972. After graduation he attended Tulsa Junior College. He worked for Tulsa Job Corps and Red-Carpet Bus Lines as a skilled motor coach operator. He traveled all over the United States, while driving various groups and teams.

While living in Taft, he learned valuable lessons from his grandparents, Willie and Canzaty Smith. And loving the Lord was one of them. He attended First Baptist Church in Taft as a kid. When he returned from California, Glen united with the Shiloh Baptist Church and later with St. Luke Baptist Church under the direction of Rev. Steven Blades. Glen loved to read and liked to discuss numerous topics, but his topic of choice was “rightly dividing the word of God”. He and his sister in law Debra would talk at length about God’s word. You could always get an Amen from Glen.

His loved his children from previous marriages with all his heart, Chasity Avington, Glen Cullom, III, and Ramon Beard. However; Jr. had a hand in raising numerous children that would call him dad. His love was always giving.

Glen was a hopeless romantic and he never gave up on love. He found love in his wife, Celia Haynes-Cullom, that would last a lifetime But Mia, his trusted canine companion, loved him as much as any child could. If you saw Glen, you saw Mia.

To know Glen, was to love Glen. He never met a stranger. His crazy sense of humor would keep you laughing. Glen had many lifelong friends; however, there were some relationships that surpassed friends they were more like brothers; Calvin Smith who was his cousin/brother, Perry Brown, Dick Colbert, Howard Johnson and James Davis. He had a special relationship with his Uncle Buddy (Sylvester Smith) and Aunt Alice and every time he would talk to them, he would thank them for loving him like a son as well as talking smack to his Aunt Alice. He enjoyed horses, rodeos, and the great outdoors. He was as cool as Super fly and as country as Jed Clampett all in one.

Meeting him at heaven’s gate will be his father, Glen Cullom Sr.; grandparents, Willie and Canzaty Smith, Grady and Opal Cullom and a host of aunts and uncles.