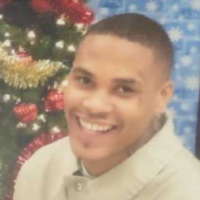 He accepted Christ at a early age at New Testament Holiness Church and later as an young adult joined Resurrection life.

Elijah was always playful, very loyal and enjoyed making people laugh. He was protective of those he loved and earned the nickname “Gas” because he was always on the go. Elijah was always interested in becoming a entrepreneur and was also great at fixing things. At a young age he used to collect old lawnmowers from people, fix them and resell them. He used to love to make music and was always rapping, even if it was a church song. He enjoyed his family and friends and had a special bond with his older brother, Johnathan and his cousin Jadelyn. Elijah was a true momma’s boy and there was nothing he wouldn’t do for his Nana. Johnathan wanted us to remember that Elijah was always an adventurer and would play outside for hours in the dirt alone with no shoes on and he LOVED sports especially football and insisted that he was going to become the next Michael Vick. He was blessed to have numerous friends who all have fond memories of him. His laugh and smile will always forever be in our hearts.

He leaves to cherish his memory his mother, Donniesha Alexander, his “Pops” Martarius Collins and his Father, Christopher Alexander JR, His brothers Johnathan Taylor, Shane Baker, Kendrick Buchanan and several other brothers and sisters. His grandparents Anna and Carl Brooks of Missouri, Brenda Alexander of Texas and Christopher Alexander SR of Arkansas. His aunts Ayanna Taylor-Stephenson, JaAnna Guillory and Star Clark. His God-Mother, Lisa Ortiz and his God Aunt Nicola DaCosta. His best friends Devin McMillian “Devo”, Lawrence Bramlett “Law” and Lamont Ware and a host of other aunts, uncles, cousins, family and friends. He was proceeded in death by his grandfather, Harold Taylor.