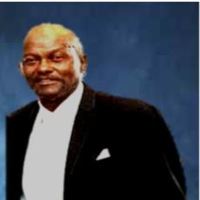 Elbert Lee McClure was born on March 3, 1950 in Tulsa, Oklahoma into the welcoming arms of Marvin and Teresa Lewis. Elbert McClure later was known to everyone as “Pops.”

Soon after, joining the Armed Forces, he met and married Judy and a son, Albert McClure was born from this union. Elbert and Judy relationship was later dissolved.

Elbert (Pops) met and married Myra and a beautiful daughter, Miesha was born from this union. Elbert loved his two stepsons, NeKeno Harris and Roderick Powell whom made him a proud grandfather.

Elbert worked as a security guard, and loved to sing, go shopping and spend time with his family. Pops always had a good joke or a funny story to tell, which is why he never met a stranger.

He was preceded in death by his parents, Marvin and Teresa Lewis; his brother, Terry Lewis.

He leaves to cherish his memory; his wife, Myra McClure; son, Albert McClure (Kritika); his daughter, Miesha (LaMarian) two more sons, NeKeno( Abigail) Harris and Roderick (Sarai) Powell, three sisters, Beatrice (Jimmy), Melinda and Machelle nine grandchildren, and a host and of nieces and nephews He will be greatly missed.

The Lord is my Shepard. I shall not want;

He maketh me lie down in green pastures:

He leadth me beside the still waters.

He storeth my soul: he leadth me in the paths

of righteousness for his name’s sake.

Yea, though I walk through the valley of the shadow

of death, I will fear no evil: for thou art with me;

thy rod and thy staff they comfort me. Thou preparest a table before me in the presence of mine enemies; thou anointest my head with oil; my cup runneth over.

Surely goodness and mercy shall follow me all the days of my life; and I will dwell in the house of the Lord Forever

He will be laid to Rest at The Fort Gibson National Cemetery Fort Gibson, Oklahoma. “Visitation will be Saturday & Sunday 12:00pm til 6:00pm at the Funeral Home.