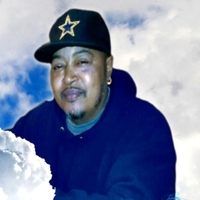 Darrell was born in Tulsa, Oklahoma, on November 23rd, 1970 to Donna Williamson and Clarence McCall. He was immediately absorbed into the Williamson family. As a young child, Darrell accepted Christ in his life and attended Galilee Baptist Church.

Darrell was educated in the Tulsa Public School System, graduating in the 1989 Class of McLain High School.

At an early age, Darrell demonstrated an interest and aptitude for football. He became a consistent football player with the Harvard Mabee Center Bulldogs. He played the sport through high school until an injury negatively impacted his ability to participate.

Darrell was always concerned about being a provider and had a strong work ethic. He was a tenacious cook at Tulsa Regional Medical Center for years and worked until they had a massive layoff. He then went to work for Halcyon Marble until they shut down, but this didn’t stop Darrell, as he found employment with Macy’s, where he remained until his untimely death.

In 2014 Darrell established a serious relationship with Inez Jackson and in 2017 they made a commitment for life and were married and continued together until his death. Being himself with a strong commitment to the family structure, he absorbed the children of the family Makayla, LaQuisha, Shanice and Lamar and became Daddy.

Darrell relished his role as “Papa” to Dareonn, Kelyn, Kennedy, Darenn, and Juel.

As a member of a large loving family, Darrell’s best friends were family members (immediate and extended). Throughout his life’s journey there was: Thomas “Slickem” Green, James “Jimmy” Thomas, Rodney “KeKe” Gaines, Arland “Deon” Gaines, Derry Williamson and William “Junior” Green, Jr. In later years he added sidekicks, Danheil “Colee” Thompson and Michael “Big Mike” Hunt. So much joy was experienced with Darrell’s “ragging”, “lying”, and “signifying”. He had made a connection with his sister, Camisha McCall and had plans to meet with other brother and sisters.

Like so many African American men, Darrell left himself out of the equation, when it came to his list of priorities. As a strong man, he ignored the warning signs and adjusted to functioning with less than optimal health. He continued to work and function as though all was well. On June 4th, 2020 Darrell suffered a massive heart attack and was called home to the Lord.