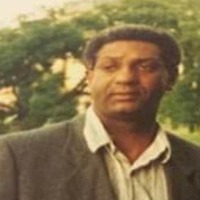 On May 13th, 1948 Carl Anthony Burns was born to Setha Purdue and Zenovia Robinson in the city of Detroit, MI. Carl was well-loved by his community in Royal Oak Township, MI where he played high school basketball at Ferndale High winning a Michigan State Championship in 1966. Carl was a mentor to the youth of his community, he was passionate about helping them gain life skills. He was a leader in his
community and his family. Carl gave his life to Christ at a young age, a decision that would sustain him for the duration of his life. In June 1974 Carl met the love of his life Nora and they were wed in June of 1975. They were blessed with two sons, Cordell and Carl. In 1979 he came to visit his wife’s family in Tulsa, OK and fell in love with the city and they moved soon after. Carl was dedicated and faithful to his job at the Tulsa International Airport for many years. In his later years, Carl truly enjoyed spending time with his children, grandchildren, and great-grandchildren. He loved to hear them say, “Paw Paw Carl.”

As a Detroit native, he spent his past time enjoying the Motown sound, two of his favorite classics were “My Girl” by the
Temptations and “Sadie” by the Spinners. Carl was a man of unflinching faith until his last day.

Carl was proceeded in death by his parents and four brothers.

He leaves to cherish his memory his wife of forty-five years, Nora Burns, two sons Cordell (Heather) and Carl. He has four grandchildren, Keith, Steven, Elyse, Parese, and a Goddaughter, Siaya. He has three great-grandchildren and a host of cousins, nieces, and nephews. Also left to cherish his memory are seven sisters and three brothers along with five brothers-in-law and four sisters-in-law. Carl will also be missed by his many friends, co-workers, and the community.