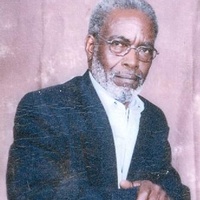 Carl was born, September 15, 1942 in Tulsa, Oklahoma to the union f the late Collie and Rosie Lee Bowler. Carl was the oldest of four children. He attended Dunbar Elementary, Carver Junior High, and was a â€˜PROUD” graduate of Booker T. Washington High School “Class of 1960”.

After graduation, Carl enlisted in the United States Army and was honorably discharged in 1964. He worked at TK International for seventeen years and Ford Glass Plant for over twenty years until his retirement.

Carl was introduced too Helen Neal by his very good friend in 1960. Their love blossomed into an everlasting relationship, and the two were joined in Holy Matrimony on June 14, 1963. They were happily married for almost 55 years. This union was graced with two children, Demetris Lavette and Derrick Lamont. They also added to their family by raising Carl’s brother, Charles Bowler.

Carl was loved dearly by his family, especially his grandchildren! To them, he was affectionately known as PAW-PAW. Anyone that truly knew him saw how they sparked his enthusiasm and radiant smile. Carl was also known as the Candy and Penny man, that always made everyone laugh.

He accepted Christ at an early age at Mt. Carmel Baptist Church, and later became a member of Antioch Baptist Church under the leadership of Rev. C.L. Potter.

Carl fought a good fight; he finished the course, and now has received his crown of glory. He was greeted by loved ones who preceded him in death, both parents, and only sister Laura Bowler-Brown.