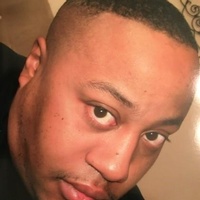 “On Friday October 26,2018 early in the morning at 2:33am Mr. Arnelius D’Ricco Howell 38, heard the voice of the Lord saying come unto me and rest and he now join the Heavenly choir.

On January 30, 1980 Arnelius D’Ricco Howell was born at St. John Medical Center in Tulsa, Oklahoma on a cold and icy day, but yet his parents persevered. He was the only son born to Cornelius and Emory Howell.

Ricco graduated from Tulsa McLain High School in 1997. As a McLain Scots Basketball Player, he had a left hand hook that was a guaranteed bucket. Ricco would do his left hand finger roll it was angelic and smooth like jazz. When Ricco got ahold of the ball he would change the dynamics of the game. He was Coach Luther Peagues special weapon. Coach Peagues’ called him Bailey Howell.

In 1999, he began working at Blue Cross & Blue Shield of Texas and was a high performing employee. He was a high achiever with a productivity level that exceeded company expectations, even consistently breaking monthly revenue records. From there, he attended Tech School seeking an HVAC Certification. He worked for FedEx and Bank of America in Seattle Washington for a period of time.

Ricco brought three beautiful daughters into the world, Briana Ri’Chelle Howell with Deanna Listenbee, Ri’Aree Saschae- Jane Howell with Zarina Robinson and Kejai’lah Michelle Nicole Howell with Tanya Verner. He raised RuQuan Savion Brown as his son, including supporting him through his football career with Deion Sanders Truth organization, helping him to gain the attention of Division I football college scouts.

On October 26, 2018 our Heavenly Father called another warrior home and he transitioned from this earthly life into his heavenly position where he was united with his maternal grandparents, James Henry Diggs and Thelma Jean Colbert-Hall; his paternal grandparents Taft Howell, Sr. and Ollie B Howell; his father Cornelius Nick Howell; aunt Lottie Mae and uncle Kenneth Crawford along with his two favorite uncles, Steven Goff and great uncle Daniel Colbert. He was also preceded by his close friend, Demario Harris.