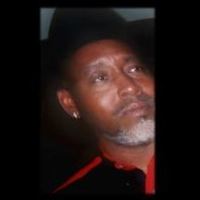 The Life Story of…

Michael Anthony Johnson was born January 26, 1956 to Floyd Elmer Johnson and Evelyn Jean Williams-Johnson at Moton Hospital in Tulsa, Oklahoma. To this union two children were born, Michael was the eldest son and a daughter, Trena Hall. Michael attended Tulsa area schools and enjoyed visiting Snake Creek during his childhood. As a graduate of Haskell High School in 1974, he joined the Army in 1975 and served for more than 8 years climbing in rank to become a Sargeant. During his military journey Michael served in many countries, among those were Germany and Korea of which he was officially awarded for Distinguished and Meritorious Assistance of the Civil Affairs Rendered the Local Community in Cheonwon-County, Korea. Michael received any medals of honor and was discharged honorably from Fort Jackson Columbia, South Carolina in August 1981. Michael continued his career in planning for the B-1 Bomber Aircraft, serving with Rocketdyne, Rockwell and Boeing.

During his younger years, Michael played football and attended many school banquets. “Mike” as he was affectionately called was equipped with a loving and generous heart. Though he was very stern and said exactly what he felt, he spent much of his life helping those in need. Mike was also naturally good at working with numbers and proved to be extremely intelligent.

Michael was the proud father of two daughters, Linda “Michelle” Johnson and Maija Johnson. He also inherited two bonus daughters, Nikeya Hutson and Neliea Perry, all of whom he loved very much.