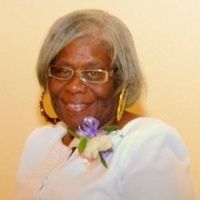 Karen spent her primary years in Haskell, Oklahoma until the family relocated to Tulsa, Oklahoma in 1965.  She then attended Tulsa Public Schools – Woods Elementary, Marian Anderson Jr. High and Booker T. Washington High School graduating with the Class of 1972.

Karen Accepted Christ has her Lord and Savior at an early age.  She attending Sanctuary Evangelistic Church of Tulsa, Oklahoma until her health no longer allowed her to attend.

Karen was employed in the Housekeeping industry as a supervisor for Quality Inn for over 20 years until her health began to fail.  She eventually retired from her labor.

Karen truly loved her family.  She was blessed with two beautiful children, Deanna and the late Sean Donald, Sr.  She was considered to be the family caregiver, babysitter over four generations.  Karen was the glue that kept the family together.  She was also known as the “Life of the Party”.

She was preceded in death by her parents, Arthur, Sr. & Florence Donald; her son, Sean Donald. Sr.; and brother, Arthur Donald, Jr.